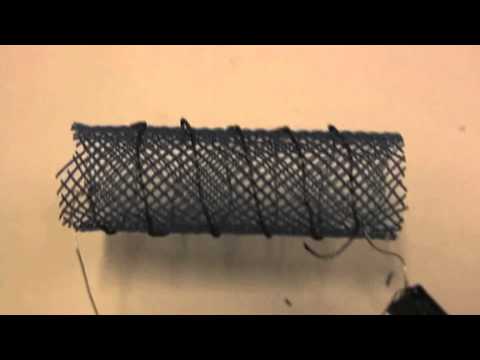 Earthworms creep along the ground by alternately squeezing and stretching muscles along the length of their bodies, inching forward with each wave of contractions. Snails and sea cucumbers also use this mechanism, called peristalsis, to get around, and our own gastrointestinal tracts operate by a similar action, squeezing muscles along the esophagus to push food to the stomach. Now researchers at MIT, Harvard University and Seoul National University have engineered a soft autonomous robot that moves via peristalsis, crawling across surfaces by contracting segments of its body, much like an earthworm. The robot, made almost entirely of soft materials, is remarkably resilient: Even when stepped upon or bludgeoned with a hammer, the robot is able to inch away, unscathed.Sangbae Kim, the Esther and Harold E. Edgerton Assistant Professor of Mechanical Engineering at MIT, says such a soft robot may be useful for navigating rough terrain or squeezing through tight spaces.Read more: http://web.mit.edu/newsoffice/2012/autonomous-earthworm-robot-0810.html